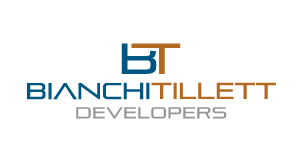 Best Places to Live in Sacramento 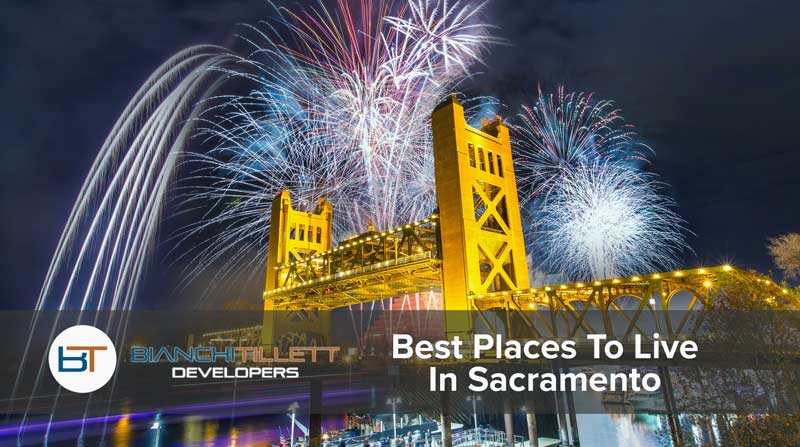 Are you in search of the best places to live in Sacramento? Sacramento is the capital city of California. Over half a million people live in the city and surrounding area. It is a city with a lot of urban forests and natural beauty. Maybe you are looking to purchase a home or build a custom home. The community you live in plays a huge part in your experience of life. Local attractions and amenities, schools, and nearby recreation can drastically increase your well-being and enjoyment. This article gives you 10 of the best places to live in Sacramento, CA. Let's dive in!

Best Places to Live Around Sacramento

Granite Bay is a small city of 20,000, just outside of Sacrament. It’s situated on the banks of beautiful Folsom Lake, which makes it one of the best places in or near Sacramento to build a custom home. Home values in Granite Bay have been steadily rising over the past decade. The city has three public schools, all rated well above average with massive educational standards. The district also has educational foundations that are sponsored by parents. The average real estate value in Granite Bay ranges from $500,000 to $1.7M. You would find average price listings of up to an incredible $960k.

El Dorado Hills has a population of over 50,000. This area has a lot of apartments. Almost 15,000 families live in El Dorado Hills. Buying a house in El Dorado Hills is a very competitive business. In recent months, there have been more buyers than sellers. Market values range from $650k to $1.3m, with an average of about $950k. The high schools serving the homes in this area are rated above average.

Carmichael is one of the most densely populated suburbs in California. The area has up to 65,000 inhabitants. This is primarily because there are lots of homes built in the area. Real estate values range from only $98,000 to a staggering $3m. Small families might just go for homes that are not too costly. The median sale price for real estate in Carmichael is $499,000. There are up to four high schools serving homes in Carmichael. They are highly rated.

Getting a home in Carmichael is splendid because there are a lot of amenities like parks and supermarkets there. The city is close to the Sacramento McClellan Airport and Mather Airports. Carmichael is located right on the edge of the Gold River. There are just four miles between them. There is also the American River, located at the Ancil Hoffman Park. It has a bike trail. As stated earlier, the homes in Carmichael are very affordable.

As of 2019, the population of Cameron Park stood at 19,000. The market prices for homes range from $245k to $1.1m. The median price stands at $499k with up to 5 offers for each home. While some of the schools have average ratings, a lot of them are rated above average.
One of the reasons why Cameron Park is one of the best places to live near Sacramento is because of the quiet environment. They also have great amenities like recreation parks, schools, and grocery stores. Their homes are rated among the best in California.

Recent statistics show that there are up to 65,000 inhabitants in Folsom, CA. Prices of homes range from $175k to about $2.7m. The median price list is about $622k. There are many public high schools in Folsom. These schools are well-rated; you do not have to worry about secondary education.

Folsom is one of the best places to live in Sacramento because it is full of life. There are many families there, so your kids can be sure of making new friends. Folsom city is located on Folsom lake. There are lots of beautiful flowers around the lake. There is also room for recreational activities.

About 64,000 people are living in the suburb of Rocklin. Compared to the national median value of $217k, the median value for homes in Rocklin is $481k. The price of homes ranges from $350k to $2.5m. The schools in Rocklin are highly rated, making it one of the best places to live in California.
Living in Rocklin gives you access to a lot of amenities like restaurants, grocery stores, and parks in the districts. Also, the homes in Rocklin are rated topnotch due to the high number of real estate agents. They get you the best home you want.

Roseville is one of the largest cities in Sacramento. The population stands at approximately 135,000. The price of homes in Roseville ranges from $570k to $1.5m. The median sale price is $635k. A larger percentage of inhabitants own their own homes while others rent. They have about four public high schools serving the homes in Roseville.

Those that live in Roseville have easy access to amenities. There are lots of businesses that are springing up every year. The atmosphere is vivacious with lots of parks, grocery stores, gas stations, and all others. All these make Roseville city one of the best places to live around Sacramento.

Lincoln is a suburb, and one of the best places to have a home in California. With a population of just 47,000, there are lots of homes for sale in Lincoln. Many people spend their retirement years there, so there are more owned homes than rented ones. The median home value in Lincoln is $447,000. You could get homes for as low as $444k and as high as $2.6m. The schools in Lincoln suburb are rated above average with about two public high schools and five elementary schools.

Lincoln is one of the best places to live in Sacramento because of the serene environment. There is also a significantly lower rate of violent crimes there.

Gold River is less populated than all other suburbs in Sacramento. This gives you a quiet environment to raise your family and retire as well. Just about 7,500 people are living in Gold River. The median value of homes is rated at $499k. A lot of the homes are owned. There are about five public schools in Gold River. All of them are well-rated above average.

Gold River is one of the best places to live in Sacramento because it is very safe. Many people describe the suburb as "almost crime-free". Also, the houses are very affordable with prices between $70k and $250k. A good place to be.

This is one of the best places to live in Sacramento. It has a population of about 68,000. A lot of the inhabitants are youths. Many of them are students at California State University. It is a very large campus, ranked 20th among top public schools in the U.S News & World Report 2021. They prefer to rent homes than to own them outright. The median home value in Davis is $652k. Homes for sale range from $410k to $3m. The high schools in Davis are highly rated.

Davis is a vivacious area. You can relate to many people. There are lots of open spaces and bicycle paths. Here, you will get a quality cost of living. There are swimming pools, art galleries and an international house for foreign visitors. All these make Davis one of the best places to live in Sacramento.

• Cost to Build a Custom Home

Back to Media Center